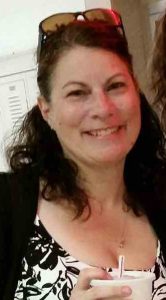 A special thank you to Angela Carriere who has been the librarian for the band since 1991! She has done this while living in Peoria, Champaign, Rockford, and the Quad Cities as she has followed her husband, David, through his successful career.

The next move is to Phoenix Arizona so while we are all happy for Angie and her family, we are also sad to see her go. Her work as the band librarian has been outstanding managing 52 folders for 24 concerts each summer that each contain 14 to 15 selections – that, is a lot of music!

If anyone in Phoenix is looking for a librarian Angie would be their best choice!

We would like everyone to be at the concert with us this Wednesday evening July 26th at 7:00 p.m.  But you will also be able to view the concert LIVE by clicking below.  Join us from Water Street in Peoria IL at 7:00 p.m. CST and enjoy the program.

Our outstanding sound man, Todd Pilon, gives us some insight into the work that is required to prepare for a Municipal Band Concert in Glen Oak Park!

Thanks to the Peoria Journal Star for their coverage of our first concert in Glen Oak Park in 2017!  You can read it here.

The Peoria Municipal Band, under the direction of Dr. David Vroman, will begin their 80th season of summer concerts on Sunday, June 4th at 7:00 p.m. in the Glen Oak Park Amphitheater in Peoria, Illinois and follow up in the Peoria Warehouse District on Wednesday, June 7th.  The 2017 Peoria Municipal Band Summer Season consists of 24 concert performances by a band of 50 musicians.  All concerts are free of charge and parking is adjacent to the performing venues.

The Sunday, June 4th concert is opening night!  The Peoria Fire Department Color Guard will present the colors and Peoria Mayor Jim Ardis will narrate the first half of the program.  Illinois State University Professor Michelle Vought is the featured vocalist and the Peoria Municipal Band Trombone Four will be at the front of the stage for their rendition of Lassus Trombone.

The Peoria Municipal Band was formed in 1937 through the efforts of Local 26 of the American Federation of Musicians and interested citizens.  Prior to 1937 the band was a professional municipal band complete with management and “Soloists of National Reputation”.  Current band members come from all walks of life; many are currently music teachers in the local schools.  They are selected by audition and then commit to a full season of rehearsals and performance.  Hundreds of thousands of people have enjoyed their music since 1937.  Today, with the support of the city, the band continues the long-standing tradition of excellence in music.